This is how managing director Lars Andresen, NGI (Norwegian Geotechnical Institute), characterizes the symposium ISFOG 2015, to be held in Oslo 10th – 12th June.

More than 350 participants from all corners of the world will gather at Scandic Holmenkollen Parkduring the three days. This is the third time the International Symposium on Frontiers in Offshore Geotechnics (ISFOG) takes place, and the first time in Europe.

“We have received more registrations than ever before, and the interest has exceeded our expectations,” says Vaughan Meyer, NGI, chairman of the organizing committee of ISFOG 2015. He adds: “The fact that so many corporations and research institutes take part confirms that there is a strong, prevailing interest in the development of offshore infrastructure, although the price of crude oil has been low for some time.”

Several of the key note speeches and discussions will deal with developments in renewable energy and the foundations of offshore wind turbines. This industry field has seen several innovations the last few years. New test installations result from enhanced cooperation between the industry and researchers, and a number of offshore windmill farms are now being planned or constructed at various locations. NGI plays a central R&D role in this area. The symposium coincides with The Third McClelland Lecture, organized by the International

Society of Soil Mechanics and Geotechnical Engineering (ISSMGE). This lecture, given

by Knut H. Andersen from NGI, focuses on soil parameters for cyclic foundation design and presents the results from work and research spanning a period of more than 40 years.

In 2005 and 2010, ISFOG was organized by the Centre for Offshore Foundation Systems, University of Western Australia (UWA), Perth.In 2014, NGI established a subsidiary in Perth, which is the oil, gas and renewable energy centre of Australia. Earlier this year, UWA and NGI signed a memorandum of understanding in the presence of the King and Queen of Norway during their state visit to Australia.UWA and NGI are world-class institutions, both providing leading geoscience expertise and sharing a passion to make geotechnical design safer, more efficient and more environmentally friendly.On Tuesday 9th June, on the eve of the ISFOG symposium, the Mayor of Oslo will host a reception in the Town Hall for all delegates, representing 32 countries. The City Council thus wants to draw attention to ISFOG’s importance as a venue for decision makers and key researchers in offshore geotechnics, including representatives of the oil, gas and renewable energy sectors. 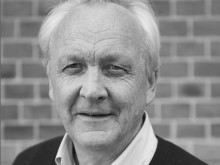